It looks like we as a nation may be turning a new corner and hopefully reach the other side. I accompanied my almost 90-year-old mother to get her first Pfizer vaccine this afternoon. I was very impressed with the process from start to finish, but first, I would like to tell you all from the beginning.

Over a week ago, my sister got her vaccine, and she advised me to sign our mother up to get hers. My sister sends me the link to sign my mother up to get in line, and in almost two weeks. I am contacted, my mother sits by me, and she listens diligently while the representative asks pertinent questions about exposure and travel. She registers us and informs me that I will be receiving an email with my mom’s appointment and an additional link to complete the registration. I did, and all was set.

Fast forward to today, my mom was a little anxious. She hates needles in general. I kept telling her that I will be with her every step of the way. When the time came, she was brave and looked the other way while the vaccine was being administered. The nurse even said loudly, “all done!”

As part of the protocol after getting the vaccine, they make the recipient wait in the car for 15 minutes to ensure no side effects such as headache and nausea develop. My mom did not experience any of the effects.

Long story short, both of us had a positive experience, my mom did well, and for myself as her caregiver, the process was expedient. It took about 1 hour and a half, give or take, but it did not seem that long, and we were very happy! I guess we were talking up a storm; the time passed so quickly that we did not notice.

I am excited that the vaccine will be offered to those 60 years and older. I look forward to it!


Our year 2020 is full of so many challenges, with the Coronavirus pandemic at the helm of it all. I find myself worrying more, preoccupied more, and for the most part, missing my family members wanting more time and wanting to create memories to cherish.

The weekend was full of holiday decor activities and the holiday music in full swing. It made me feel joyful. My heart was full but still lacking, missing, and longing for those times of yesteryear without a care in the world. That has all changed!

Reality Check! Before leaving the house, we must take precautions, mask up, and have our sanitizer handy and gloves. Personally, I don’t wear gloves, but I have my sanitizer with me wherever I go. Wow! How things have changed.

Christmas is around the corner. I plan a tiny gathering with my immediate family. It has become our new normal, it is the way it is, and God knows for how long. I don’t mean to sound defeated, but I am just trying to keep it real. That is all!

My hope for 2021? This pandemic will all go away, that is my idealistic way of thinking, but realistically I don’t see the silver lining at the end of the clouds.

My wish for all is our future with no pandemic, healthier, and full of many possibilities geared for the better in 2021. God bless!


I reflect on what is going on in this world. Have we lost it? It seems that everything I read is about hating over one thing or another. I, for one, rather side on the common good, not hate or evil.

Whether it is political or a critic of some sort, people can be ruthless, not mindful of fellow humans. How about connecting for the greater good, to help, to assist, or to lend an ear.

Every time I hear about the violence, protest, and haters commenting, taring someone apart over a topic or opinion breaks my heart.

I know that this pandemic has not made it easy for many of us and the violence and the presidential election coming up in November.

I don’t recognize the US. We need a solution. I air on the side of humans, not politics! We can agree to disagree.


In watching the documentary about Ruth Bader Ginsburg, she was badass! She fought for us. If it were not for her, where would we be? I wanted to honor her with an original poem. 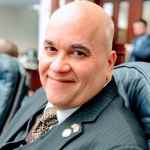 
“Success is not final, failure is not fatal: it is the courage to continue that counts.”

My favorite representative, my husband, whom I love, ran for a different seat this campaign season, Osceola County Clerk of Court. His reasons for running a different seat? He believed his service is best suited at the local level and expressed the need to be near his mother, who is suffering from Alzheimer’s disease. Although he did not win, he is a true champion!

Despite the Coronavirus, I witnessed John’s determination, his hard work in running the campaign with a small team of volunteers doing literature drops, phone banking, commercials, and mailers. However, he ran into stumbling blocks along the way, challenging the incumbent who was a difficult decision to make due to a 30-year friendship.

Many did not support John during his campaign for a multitude of reasons. I will not mention names, but I am sure they know who they are.

His vision was unwavering, those in power did not like his honesty in telling it like it is, but he persevered.

This man who is John Cortes, Florida State Representative of District 43 of Osceola County, was born in Brooklyn, New York and raised in Puerto Rico. He studied in John Jay College of Criminal Justice and is a retired Corrections officer. John knows all too well the plight of those struggling to make a better life. He is living proof that anyone can be what they set their minds to be and be successful.

His third term as state representative comes to an end in November, and his future is full of promise. His experience as a state legislature will open doors, and he would be a welcomed asset to any organization. He looks forward to future endeavors doing community works. That is where he does best to serve the community. 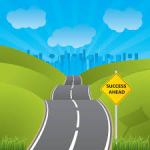 
Did you ever wonder what kind of work will make you happy? I work and feel like there is so much more I can contribute, but leaders do not see me. And I am treated as though I a mere appliance, to take off the shelf as needed. They don’t care about my ideas or aspirations or solutions.

In my role, I push paper, file paper, contact employees and applicants, and at times are given a morsel of brain exercise, I get excited, and then to be let down.

I want to develop my creativity, I love to write, but even that is bland lately. I need something that will charge me up to the point of no return, to where I am passionate, obsessed, and full of enthusiasm.

My day job is working in Human Resources, but my position is not challenging. I need more, and there is none.

This feeling is not all of a sudden, and it has been a long time coming. I have not done anything about it, hoping for some miracle or change or fire to set off so my butt can move forward and form a new career path.

I have spoken about this topic before, and I still cannot get a handle on how to solve it. My ideal is to just get up and quit, but realistically I have bills to pay. 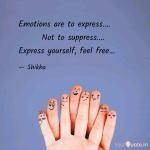 
My emotions are running high today, and I lost another friend, she was a pastor, an amazing prayer warrior of God, an educator, and a loving mom to her children and wife to her husband.

This year is full of heartbreak, and I am trying to manage all of my feelings. It is hard!

I go day to day doing what is right, go to work, live my family life, and so on, so what is going on inside my head?

And to cope, I did a little Karaoke online last night, and I joined in to do a recording of Alpha and Omega, an influential Christian song, it touched me so much that I broke down. It took a few takes, but I joined in with 18 others, so when you hear it, it sounds as though I sang in a choir. It was beautiful.

I guess this is grief? It is heartwrenching! I wouldn’t say I like it when I get this way. I get annoyed with myself when this happens. I am working through it as a fighter, and I won’t let this keep me down. I know losing friends is not easy.

I will pull through, just saying.


Many of us have people come into our lives for a season, someone who impacted you in some way or changed your perspective on life. Pastor Charlane was that person; sadly, she passed away.

Pastor Char, as she was known, was an amazing woman, a mighty warrior of God. She dedicated herself to the salvation of souls.

I met her in 2006 at a Christian retreat. My daughter invited me, and Pastor Char was one of the presenters. I remember her passion and her determination to bring us closer to knowing our Lord and Savior.

I was skeptical, and I did believe in God but not invested in him. I was your typical believer, attended service only on the holidays, or if someone passed away or was getting married. I admit, it is shameful to recognize, but it is true.

To know Pastor Char, it would surprise you that she was not always a pastor, but an educator. I learned a lot from her in every bible study group she taught. I was not a willing participant at first, but she had a way of making you feel at ease in a group of 12 ladies of faith.

I learned to search my inner self, to forgive those who hurt me and move on. The list is long and vast. I am better for it, and I am grateful for you, Pastor Charlane.

May you rest in peace and God bless.